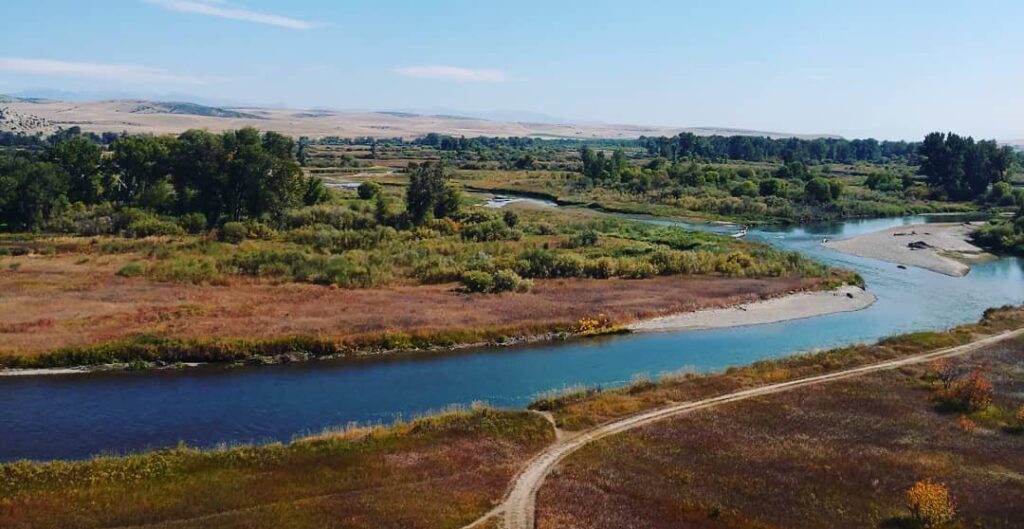 Montana State Parks (MSP), a division of Montana Fish Wildlife and Parks (MTFWP) is developing a master plan for the Missouri Headwaters State Park. MSP will be seeking public input on the master plan.

The goal of the master plan is to:

An advisory team meeting will take place Oct. 22 from 9-11 a.m. to discuss the master plan project. The advisory team will discuss:

The community survey will remain open until Oct. 15, at which point the team will compile the data for the meeting.

Dial by your location:

The park opened in 1951 and in 1966 the park was designated as a National Historical Landmark (NHL). The park is characterized as a “Heritage Park” by Montana Fish Wildlife and Parks due to its significant historical and cultural value. Heritage parks provide opportunities to view, explore, or learn about the cultural and historical features unique to the site.

The park encompasses the confluence of the Jefferson, Madison and Gallatin rivers to form the headwaters of the Missouri River. The merging of the three rivers has special significance to many native American tribes and the area is considered a sacred and spiritual place.  Native American peoples traveled through and used the area for centuries prior to European exploration. In 1805 and 1806 the Lewis and Clark Expedition traveled through and documented the beauty and significance of the area.

Trappers and settlers who followed after Lewis and Clark coveted the areas’ abundant resources. Settlers moved into the region when gold was discovered in Montana, and the headwaters of the Missouri became a crossroads used by many traveling among the gold fields of western American. Over the next century travelers and settlers would come and go through what is now the park, and even established a small town, known as Gallatin City, in 1868. The Gallatin City hotel still stands today and is located within the park. Eventually the area was recognized for its historical and cultural importance and today is preserved as a Montana State Park.

Today Missouri Headwaters State Park is home to a wide variety of native plants and wildlife species. Moose, beaver, prairie dogs, and a large variety of birds. The park has been designated as an Important Birding Area (IBA) by the Audubon Society.

To provide additional feedback through the community survey, click here.

To review the needs analysis for the park, click here.

To learn more about prioritization of projects within the park, click here.

Check back later for updates on the project and information on how you can submit comments.